I made logo design and poster artwork, as well as parts of a spoof teaser trailer for the made-up superhero “Lynx” (when I think about it… what superhero is not made-up?) as part of the Swedish feature film production “Berts Dagbok” (2020), directed by Michael Lindgren and produced by FLX.

As the name suggests, the “Lynx” superhero is some kind of mutated mix between a human and a bobcat/lynx animal, and in the supposed story of the (non-existent) movie he is fighting for preservation of nature against greedy evil bad guys in a dystopian future version of Stockholm, Sweden.
Though I'm not the greatest fan of the tropes of this particular genre, it was fun to work with as a parody.

The photos for the posters were taken by Robert Eldrim, and the teaser trailer was made in co-production with the people at Crazy Pictures.


In the film, the trailer is intercut with other events and characters, but my own cut-together version of it can be seen here: (The narration is in Swedish but mainly says; “It is in the future, and Stockholm is growing uncontrollably…”)
And here are images of a poster and a cutout which were used as a props in the film: 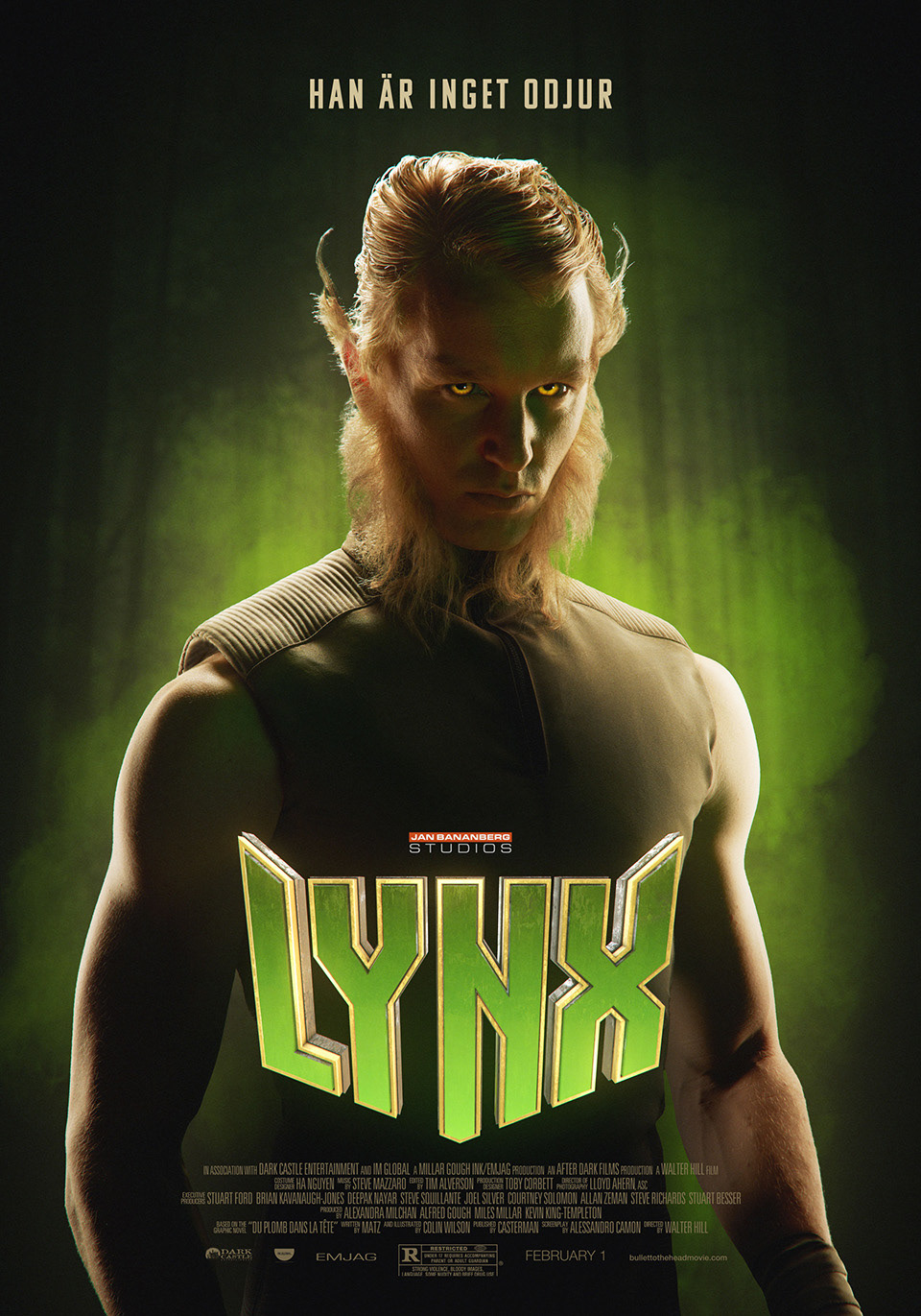 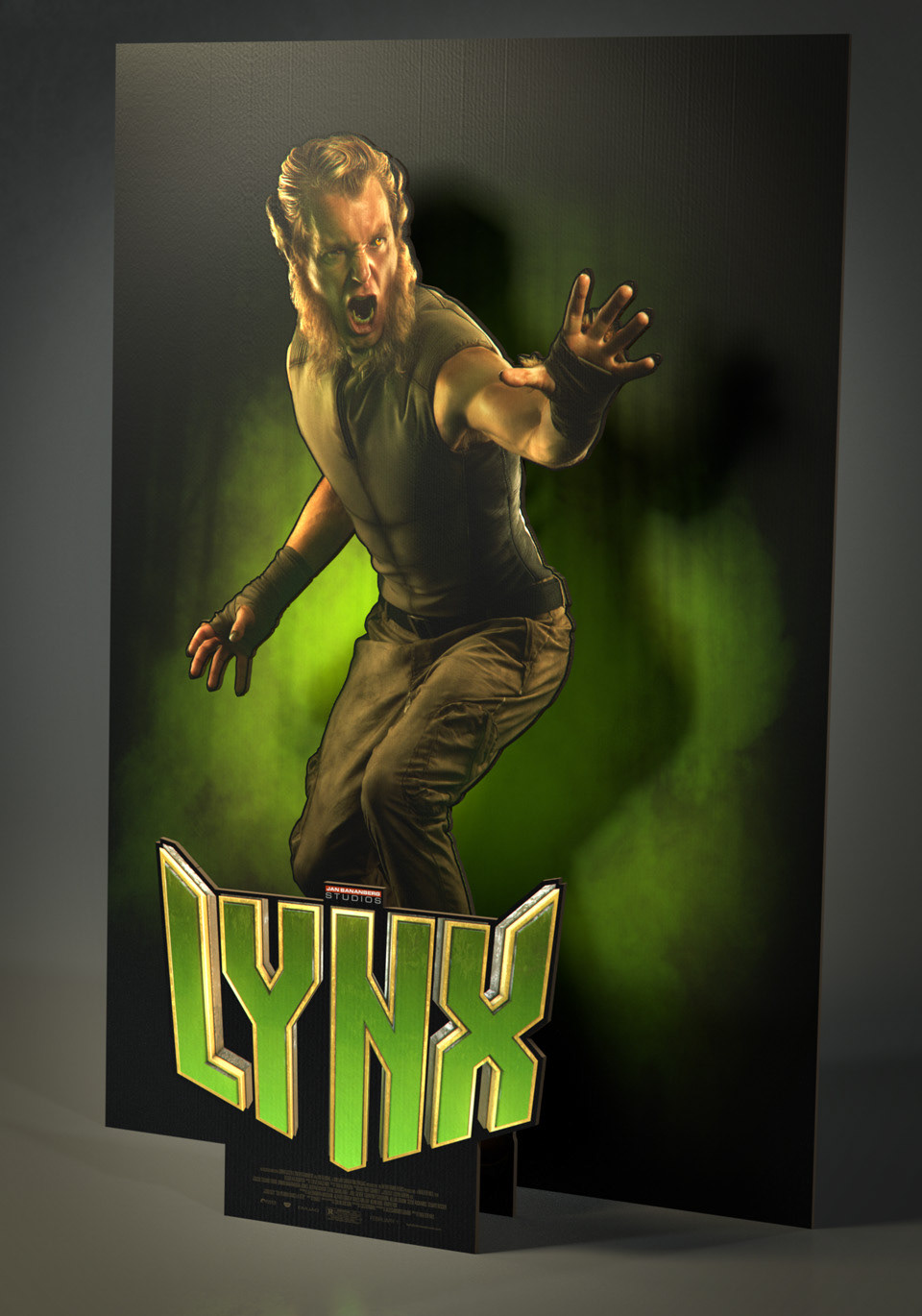